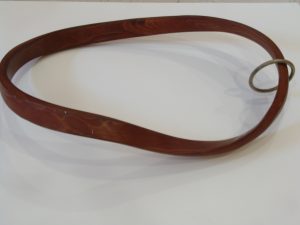 The Mobius strip is named after the German Mathematician and theoretical astronomer August Ferdinand Mobius (1790-1868).

IS THERE ANY PORTION OF THE STRIP YOU DID NOT TOUCH?

Your finger has traced a path all the way around twice to get back to where you started. The Mobius strip only has one side!

The surface is formed by taking a flat rectangular strip, twisting one end 180 degrees and attaching it to the other end. This surface only has one side, whereas other surfaces like a loop or a polyhedron have two sides (front and back).

The study of the mathematics of surfaces is called topology.  It was so named by Johann Benedict Listing (1808-1882), a German mathematician who independently discovered the properties of this surface at the same time as August Mobius.

You will need tape, something to write with, and scissors (with an adult’s help if necessary). 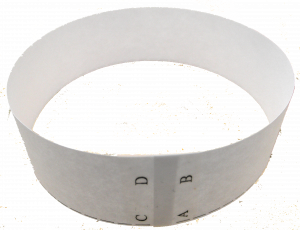 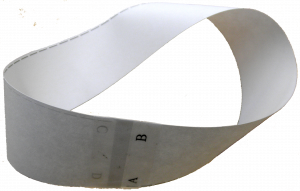 You have your own mobius strip!

Time for the experiments!

​Where did you end up in each case? Is there any portion of the paper that you did not draw a line on?

Mobius strips only have one side, unlike the loop that has two!

Is in the pdf file above.