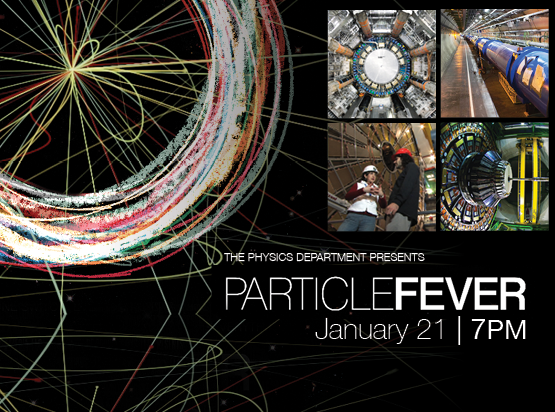 On Wednesday, January 21, 7pm, a special edition of Wednesday Nite @ the Lab will feature a screening of Particle Fever at the Marquee Theater in Union South, UW–Madison. The film follows six brilliant scientists during the launch of the Large Hadron Collider, marking the start-up of the biggest and most expensive experiment in the history of the planet. 10,000 scientists from over 100 countries join forces in pursuit of a single goal: to recreate conditions that existed just moments after the Big Bang and find the Higgs boson, potentially explaining the origin of all matter. Particle Fever is a celebration of discovery, revealing the very human stories behind the tale of this epic experiment.

UW physics professors that had key roles in the Higgs discovery will give an introduction to the film. The screening is presented by the Physics Department, Wednesday Nite @ the Lab, and WUD Film.