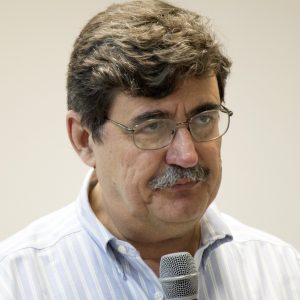 Two technical breakthroughs, from the realms of experimental physics and microscopic communities, have claimed top honors from WARF this year.

“We’re trying to push the envelope on how much computation we can do with a quantum computer,” said Saffman. “We currently have more than 100 quantum bits…that’s the largest number of quantum bits any lab in the world has been able to demonstrate to date.”