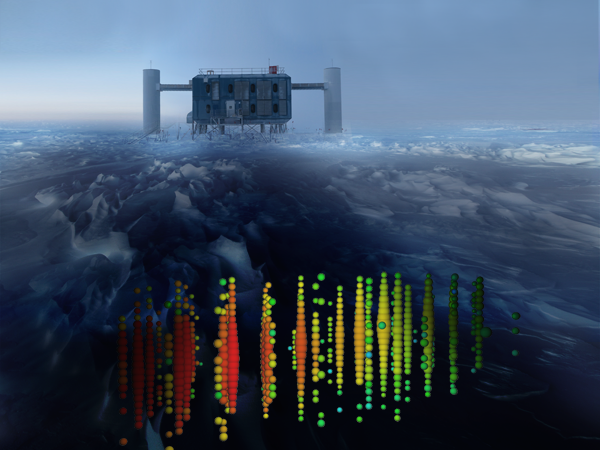 Sorting through the billions of subatomic particles that zip through its frozen cubic-kilometer-sized detector each year, researchers using the IceCube Neutrino Observatory have gathered powerful new evidence in support of 2013 observations confirming the existence of cosmic neutrinos.

The new observations are important because they herald a new form of astronomy using neutrinos, nearly massless high energy particles generated in nature’s accelerators: black holes, massive exploding stars and the energetic cores of galaxies. In the new study, the detection of 21 ultra high-energy muons – secondary particles created on the very rare occasions when neutrinos interact with other particles – from the mass of particles coursing upward through the IceCube detector provides independent confirmation of astrophysical neutrinos from our galaxy as well as cosmic neutrinos from sources outside the Milky Way.

The results are published today in the journal Physical Review Letters. 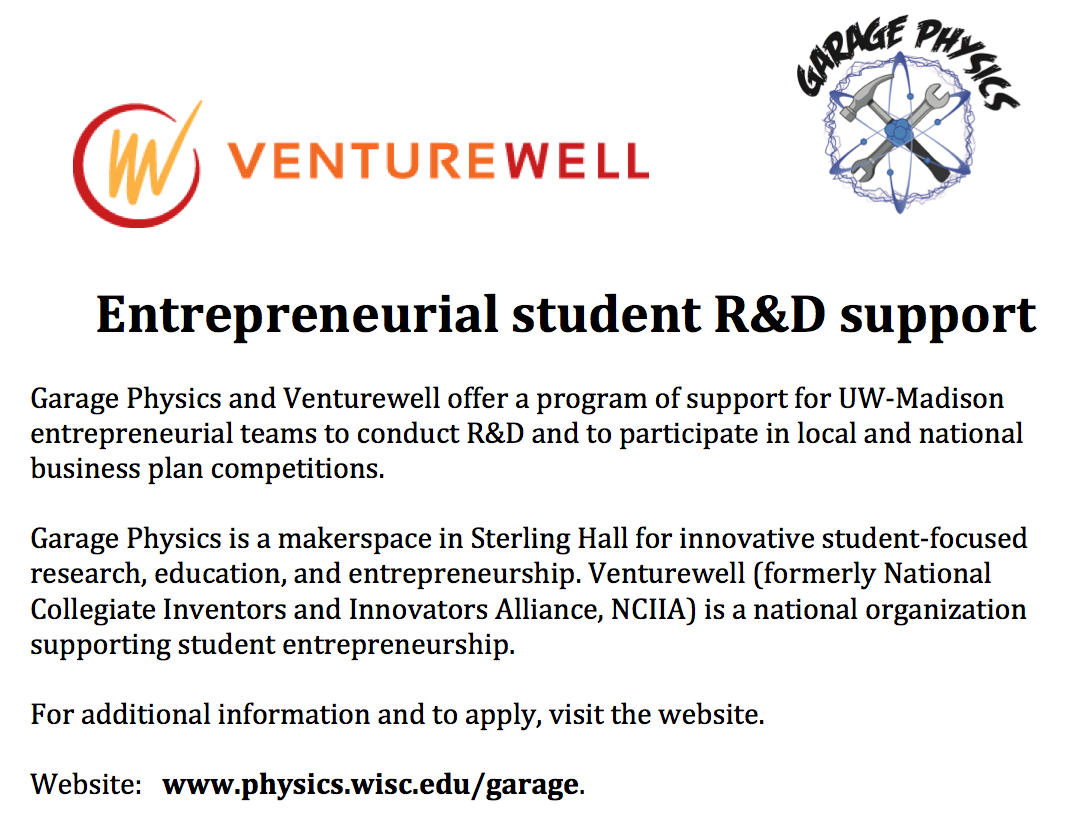 Garage Physics and Venturewell offer a program of support for UW-Madison entrepreneurial teams to conduct R&D and to participate in local and national business plan competitions.

For additional information and to apply, visit the website.

Prof. March, 81 years old, died peacefully at Agrace HospiceCare on August 4, 2015. Prof. March came to Wisconsin in 1960 as a post doc with Profs. Walker and Erwin. In 1962 he joined the faculty as an Assistant Professor, working with Profs. Camerini, Fry, Cline and Reeder on bubble chambers. March pioneered measurements of muon polarization in bubble chambers, which permitted the first direct test of time reversal invariance in weak interactions. His interests later in his career were in particle astrophysics. Prof. March was author of Physics for Poets, which has been translated into 6 foreign languages. Of his more than 240 publications, more than 100 were written for general audiences. He received many distinguished teaching awards during his tenure at Wisconsin.

All are welcome to join in a memorial and celebration of Bob’s life in the Varsity Room of Union South (on the UW Campus) on Sunday, September 13, 2015 at 1:30 PM.