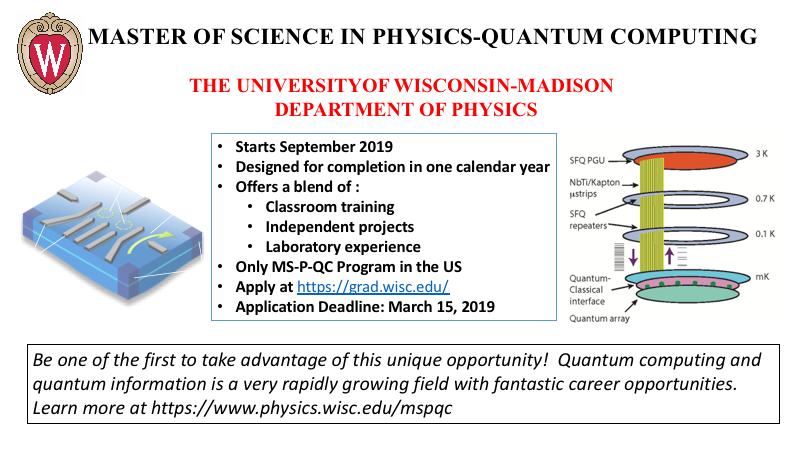 The Department of Physics is adding a new degree program focused on the growing field of quantum computing. The M.S. in Physics-Quantum Computing is a new Master’s program that will admit its first class in the Fall 2019 semester. The program will provide students with a thorough grounding in the new discipline of quantum information and quantum computing.

Swing by and check out the latest version of the UW student group’s design for the SpaceX Hyperloop Pod Competition! You can open it. The black box in the center is a pressurized container for batteries (unhappy in vacuum) and a bunch of custom control electronics. The motor is in the front, brake actuation in the rear.

The David A. Shirley Award for Outstanding Scientific Achievement at the Advanced Light Source has been awarded to Professor Pupa Gilbert for her development of Polarization-dependent Imaging Contrast (PIC)-mapping to image the orientation of carbonate nanocrystals in marine biominerals 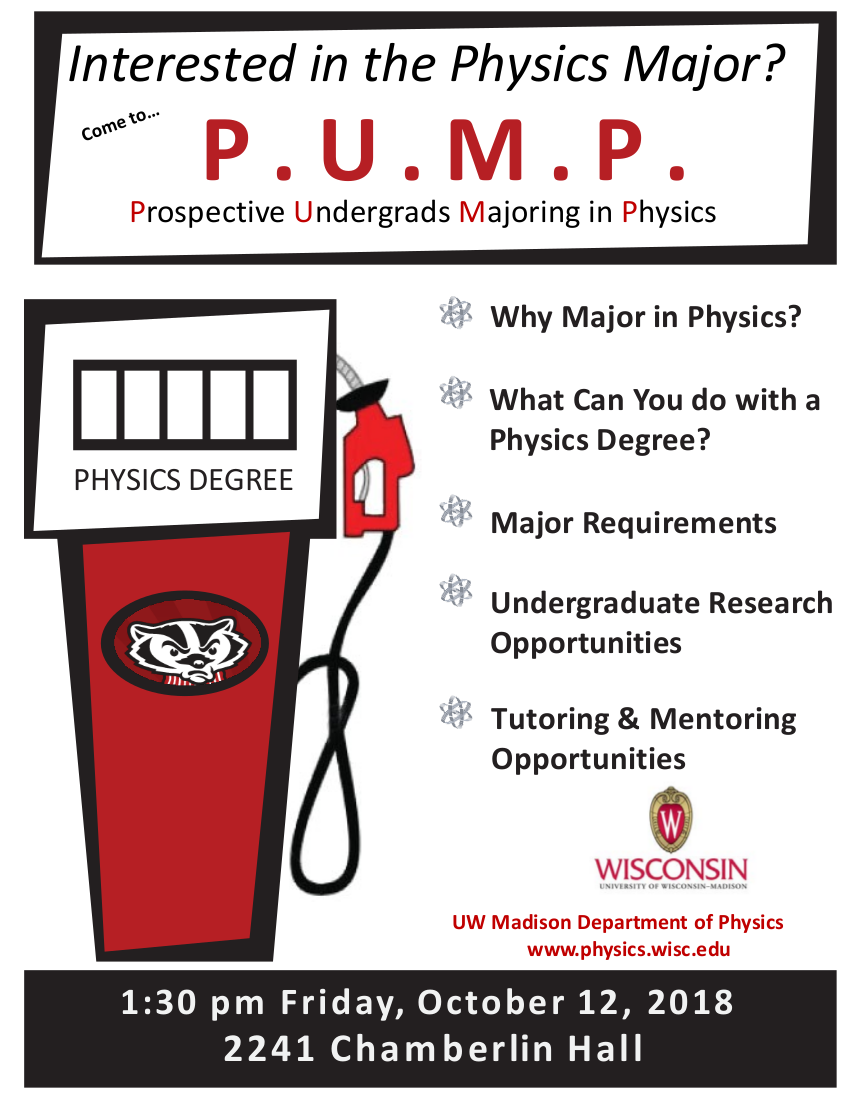 Interested in being a Physics Major?  Come to an informational meeting!

The U.S. Department of Energy (DOE) announced $218 million in funding for 85 research awards nationwide in the important emerging field of Quantum Information Science (QIS). The awards were made in conjunction with the White House Summit on Advancing American Leadership in QIS, highlighting the high priority that the Administration places on advancing this multidisciplinary area of research, which is expected to lay the foundation for the next generation of computing and information processing as well as an array of other innovative technologies.

University of Wisconsin, Madison Physics Department, in collaboration with the Oak Ridge National Laboratory, was awarded one of these awards. This will be a collaboration between subatomic physicists (Balantekin, Palladino), and quantum information physicists (Coppersmith, Saffman) in the Physics Department. The project will explore the ways in which quantum computing and information processing provide insights into dark matter, particularly dark matter detection and neutrino physics. The P.I. of the award, Prof. Baha Balantekin said “This is a transformative project for the UW Physics Department, combining several subdisciplines of physics which represent core competencies of the Physics Department. We expect the effort to substantially grow beyond the initial funding period to strengthen the UW leadership in this frontier area.”

A new book by Professor Emeritus Lee Pondrom. The book describes the lives of the people who gave Stalin his weapon — scientists, engineers, managers, and prisoners during the early post war years from 1945–1953. Many anecdotes and vicissitudes of life at that time in the Soviet Union accompany considerable technical information regarding the solutions to formidable problems of nuclear weapons development.