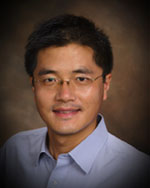 The Department of Physics is pleased to announce that Prof. Yang Bai has been promoted to the rank of full professor.

“It is my pleasure and honor as Dean to approve Prof. Yang Bai’s promotion to Full Professor. His creativity and impressive breadth in particle physics research make him a leader not only on dark matter, but also more generally on Beyond-the-Standard-Model Physics,” says Eric Wilcots, Dean of the College of Letters & Science. “He is also a valued teacher, appreciated by students especially at the graduate level. Graduate students and junior researchers in Madison are in good hands.”

Bai joined the department in 2012, and was promoted to associate professor in 2017. In addition to his robust and well-funded research program, he has trained several successful graduate students, taught all levels of departmental courses, and served on several departmental and university committees.

“Professor Yang Bai is widely recognized as one of the leading theoretical particle physicists of his generation with a broad and vigorous research program, covering both the collider-related frontiers and the cosmic frontier. His work includes significant contributions in essentially every area related to dark matter,” says Sridhara Dasu, professor and department chair. “The Physics Department very strongly endorses the promotion of Yang Bai to Full Professor.” 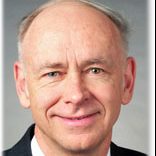 The J.J. Sakurai Prize is considered ­­one of the most prestigious annual prizes in the field of theoretical high energy physics. Barger, who joined the UW­–Madison faculty in 1965, is a world leader in theoretical particle physics where theory meets experiment. He is one of the founders of collider phenomenology as it is practiced today.

“This prize belongs to the hundreds of students, postdocs, faculty and visiting colleagues who entered the portal of UW–Madison to discover the quarks, leptons and bosons of particle physics,” Barger says. “Only at UW–Madison could this research at the interface of theory and experiment so thrive.”

The techniques that Barger helped develop have been crucial in establishing the experimental foundations of the Standard Model of particle physics and in guiding the search for signals of new physics. His contributions have played a key role in many important milestones in particle physics, including the discovery of the W boson in 1985, the top quark in 1995, and the Higgs boson discovery in 2012.

“We are thrilled that Vernon Barger has been awarded the 2021 J.J. Sakurai Prize, for which we nominated him for his seminal accomplishments and leadership record in collider physics phenomenology over five decades in the field,” Everett says. “The techniques he has pioneered have and continue to be of pivotal importance for elucidating physics signals at particle colliders, and these contributions are only part of a very long and distinguished research career in theoretical particle physics. He is highly deserving of this honor.”