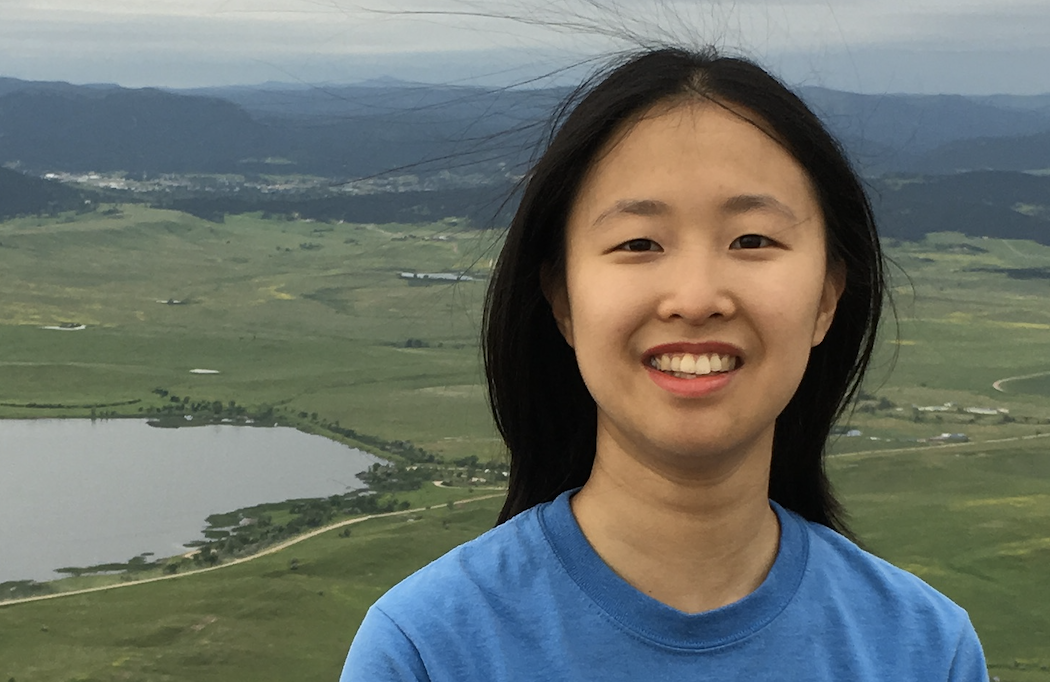 Shortly after incoming physics graduate student Winnie Wang attended a UW­–Madison campus visit weekend in February, her plans took an abrupt change due to COVID-19. The University of Massachusetts, where she was studying, closed right before spring break, and she decided to go to Taipei to be with extended family. But first, she needed to follow the regulations in Taiwan and self-isolate for 14 days.

“I chose to be quarantined in a hotel, so I was by myself for two weeks. It was honestly kind of brutal, and for the first five days I was feeling pretty miserable,” Wang recalls. “I’m putting it bluntly, because that misery was what inspired me to do something about it. I was like, ‘Okay, well, why don’t I proactively use some of my free time.’”

Wang, who is from Canada and attended school in the U.S., watched what was happening to the case numbers in those two countries, especially compared to the relatively lower numbers in Taiwan, and started looking for ways to get involved. She posted on Facebook asking if anyone knew groups she could volunteer with, and eventually landed on a group called N95DECON.

According to the group’s website, N95DECON is a volunteer collective of scientists, engineers, clinicians, and students from universities across the U.S. as well as other professionals in the private sector. N95DECON seeks to review, collate, publish, and disseminate scientific information about N95 decontamination to help inform decisions about N95 decontamination and reuse.

“Hospitals use a lot of N95s, and you’ve probably heard of things where people have put masks in microwaves or rice cookers to decontaminate them. And basically, you don’t want to do that,” Wang says. “We looked at the research that’s already out there, looked at what the CDC recommends, and we culminated our findings into papers and seminars for hospitals to use around the world.”

Wang serves as a communications volunteer for the group, meaning she responds to emails and proofreads and edits the group’s publications. She says that when she first started, N95DECON did not have much in the way of formal documentation, so much of her early efforts were spent answering emails from the public asking about reuse procedures. But knowing that N95s were in short supply and time was of the essence, N95DECON worked quickly to put together online seminars that could be viewed by anyone.

“After we organized and recorded the seminars in May and put them on our website so that anyone can watch them, the email team received less email from the general public,” Wang says. “And I’ve moved on now to more literature review.”

N95DECON shared their work largely through the hospital networks of the health professionals that volunteer with the group, as well as through social media and other word-of-mouth. The group will continue to monitor research on best practices for decontaminating and reusing N95 masks and update their recommendations accordingly. Much of their current efforts are focused on translating their papers and seminars.

“We’d have people from all over the world join our seminars and talk about their experiences,” Wang says. “So, another aspect of our outreach is that we do translations. Our goal is to disperse this information around the world, and we’ve translated it into seven languages now.”

Wang plans to continue volunteering with N95DECON after the UW­–Madison academic year begins. She is interested in studying experimental high energy physics for her doctorate. 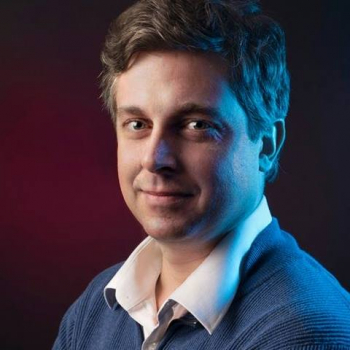 Professor Kevin Black has been named one of the next co-coordinators of the LHC (Large Hadron Collider) Physics Center at Fermilab (LPC at FNAL), LPC announced recently. His initial appointment starts on September 1st, 2020 and lasts for two years.

As co-coordinator, Black’s roles will include leading the several hundred physicists who are residents or visit the LPC for research on CMS, managing the distinguished research program, and leading the training of students and young physicists at FNAL.

According to their website, LPC at FNAL is a regional center of the Compact Muon Solenoid (CMS) Collaboration. It serves as a resource and physics analysis hub primarily for the seven hundred US physicists in the CMS collaboration. The LPC offers a vibrant community of CMS scientists from the US and overseas who play leading roles in analysis of data, in the definition and refinement of physics objects, in detector commissioning, and in the design and development of the detector upgrade.

Black joined the CMS experiment in 2018 when he joined the UW–Madison physics faculty after 13 years on CMS’s companion experiment, ATLAS. Since that time, he has been involved in the forward muon upgrade project — which will install GEM (Gas Electron Multiplier) detectors — as manager of the U.S. component of the electronic readout project. He has also served as deputy run coordinator of the GEM system, and his group is focusing on the data-acquisition development for that system. Additionally, his students and post-docs are working on a variety of physics analysis ranging from searches for new physics with the top quark, flavor anomalies in bottom quark decays, and searches for pair-production of Higgs bosons.

“I am excited for this important leadership opportunity to play a crucial role in facilitating U.S. participation in cutting edge particle physics research at a unique facility,” Black says. It will allow me to continue the excellent tradition of the LPC and bring my own ideas and initiatives to the center.”

As LPC at FNAL co-coodinator, Black will also serve as co-Chair of the LPC Management Board. He will be working with Dr. Sergo Jindariani, a senior scientist at FNAL, and succeed Prof. Cecilia Gerber from the University of Illinois at Chicago. 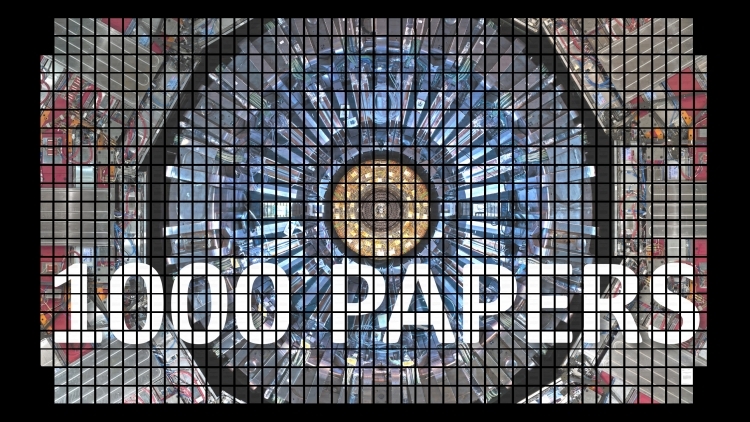 In June 2020, The Compact Muon Solenoid (CMS) collaboration announced the submission of its 1000th scientific publication since the experiment began a decade ago. With multiple University of Wisconsin–Madison physics faculty involved in CMS over the years, the physics department wanted to use this milestone to celebrate their achievements.

CMS is an international collaboration of over 4000 scientists at CERN’s Large Hadron Collider, which churns out data that have contributed immensely to our understanding of particle physics and pointing directions to moving beyond the Standard Model. Amongst its achievements, CMS announced in 2012 the discovery of the Higgs boson, along with ATLAS collaboration.

“It’s a proud moment for CMS in general and for the UW CMS group to see our work over the years culminate in this historic milestone!” says Bose, who currently serves as the Deputy U.S. CMS Software and Computing Operations program manager. “We are looking forward to more with the upcoming run and with the High-Luminosity LHC upgrade.”

“I am especially proud of our eighteen PhD graduates who have contributed about two papers each to this set of thousand; one on a search for new physics channel and another on a carefully made measurement,” Dasu says.

Adds Herndon, “It’s an amazing milestone and a testament to the scientific productivity of the CMS experiment!  UW personnel, especially our students, have been a major part of that achievement contributing to nearly 100 of those papers.”

In collaboration with the Physical Sciences Laboratory, the UW Physics team helped design the steel structures and other mechanical systems of the CMS experiment, especially leading the installation, commissioning and operations of the endcap muon system. The UW Physics team has also helped design, build, install and operate the electronics and data acquisition systems, in particular the calorimeter trigger system, and began collecting data from day one of LHC operations. They also collaborated with the HT Condor group of the Department of Computer Science to design and build the Worldwide LHC Computing Grid (WLCG), hosting one of the productive Tier-2 computing centers in Chamberlin.

The UW–Madison group was a key player in the discovery of Higgs boson in 4-lepton decay mode and establishing its coupling to fermions. The group has also searched for new physics especially looking for evidence of beyond the standard model in the form of heavy Higgs bosons that decay to tau-pairs. The group also upgraded the calorimeter trigger system and completed the endcap muon chamber system for the second higher energy run of the LHC. Searches continue for new Higgs partners, rare decays of the SM-like Higgs boson, and searches for new particles. They have added to our repertoire a series of searches for anomalous production of single high energy objects that are indicative of dark matter production in the LHC collisions.

The abundant production of papers proclaiming discoveries or the best measurements to date were possible in large part because of numerous UW–Madison electronics and computing personnel.

“The publication of the 1000th paper of the CMS collaboration is a significant milestone capping the achievement of thousands of physicists worldwide on a wide range of topics that can only be made at this unique instrument and facility,” Black says.