Detecting a chemical change is often easy: colors may change, heat may be released, or something may smell different. Seeing reactions at the molecular level is not quite so easy, but knowing exactly when and how chemical bonds form or atoms move around is crucial to understanding chemical processes.

In a new study published March 15 in Proceedings of the National Academy of Sciences, University of Wisconsin–Madison physics professor Uwe Bergmann and his collaborators have turned ultrafast x-ray pulses into something more akin to an optical laser, with cleaner, directional pulses. Their work may lead to visualizing chemical reactions faster than ever at the atomic scale.

“This work is the first step to do with x-rays the same kind of [techniques] which you do with regular lasers,” says Bergmann, the study’s senior author. “We have opened a time window for looking at chemical processes with attosecond [one billionth of one billionth of a second] precision. It’s a new frontier.”

Around a decade ago, researchers began using powerful x-ray free-electron lasers, which allow them to make ultrafast movies of molecular changes in real time on the femtosecond scale (one thousand times slower than an attosecond). Compared to visible lasers, which provide clean, single-wavelength beams of light, x-ray lasers are somewhat dirty: they contain multiple wavelengths of light of randomly varying intensity.

“What all scientists have done, and are still doing, is that you just adapt to what you get and then you design your experiments around them,” Bergmann says. “That also means that certain experiments, which in the optical laser regime are now standard, have not been possible.”

Bergmann and his colleagues somewhat accidentally discovered a way to make x-rays more like an optical laser. In their experimental setup, they shine intense but dirty x-ray pulses at a manganese sample. When these pulses hit a manganese atom, a lower-level electron is ejected and the hole it leaves is rapidly filled by a higher-level electron. The energy difference is emitted as a photon of a characteristic color. Very intense pulses can create enough of these holes. An emitted photon can effectively stimulate the emission of another one, leading to an avalanche of stimulated X-ray emission, mostly in the forward direction towards their detector.

Every so often, the detector that captures these stimulated emissions showed something they were not expecting: strong fringes, the characteristic pattern that results from constructively and destructively interfering signals. The fringes suggested that they had observed two x-ray emission pulses, separated by only a few femtoseconds.

“We were confused,” Bergmann says. “How did such a pair of x-ray pulses come about?”

After many discussions, calculations, and simulations, the team ruled out many possible explanations, until they finally realized what had happened: occasionally, two of the many spikes in the dirty pulses were much stronger than the rest of them. When these strong spikes occurred a few femtoseconds apart, and each had enough intensity, a clean pair of stimulated x-ray emission pulses emerged.

Before these two pulses reach the detector, they first travel through a monochromator — essentially a prism that stretches light, much like how white light passing through a clear prism is stretched into a rainbow. These stretched pulses then overlap timewise, and those frequencies that are in phase with each other can add up to become more intense or cancel each other out into dark troughs. Hence, the fringes.

“At times, each signal is rather clean and of similar strength, and one obtains very strong interference fringes,” Bergmann says. “We know that the fringe spacings are directly related to the time difference of the two pulses, and because we can measure them very precisely, we can obtain their time difference with extreme, attosecond precision.”

Currently, these pulse pairs are generated very rarely, Bergmann and his collaborators will work with the accelerator scientists to find ways to manipulate the ‘dirty’ pulses and enhance the chance of producing the pairs. They are optimistic that their work opens the door to new applications of such x-ray pulse pairs — the types of techniques that are used commonly with visible laser light.

“We’re trying to move nonlinear laser optics into the x-ray regime,” Bergmann says. “In the x-ray regime, you can probe certain phenomena that you just cannot optically access. X-ray wavelengths are comparable to the distances between atoms, and we can knock out lower-level electrons to get element specificity with them.”

Bergmann’s contribution to this research was funded in part by the U.S. Department of Energy, Laboratory Directed Research and Development program at SLAC National Accelerator Laboratory (DE-AC02-76SF00515). Other authors were supported by various funding as described in the study.

New research reveals the origins of enormous bubbles of material emanating from the center of the Milky Way.

The related structures — known as the eRosita and Fermi bubbles and the microwave haze — are the result of a powerful jet of activity from the supermassive black hole at the center of the galaxy. The study, published March 7 in Nature Astronomy, also shows the jet began spewing out material about 2.6 million years ago, and lasted about 100,000 years.

The work was led by Karen Yang of National Tsing Hua University in Taiwan with University of Wisconsin–Madison astronomer Ellen Zweibel and Mateusz Ruszkowski at the University of Michigan.

The black hole origin of these huge bubbles rules out an alternative model that the expansion of the material was driven by exploding stars. Such a nuclear starburst would last about 10 million years, according to Zweibel, a professor of astronomy and physics at UW–Madison.

“On the other hand, our active black hole model accurately predicts the relative sizes of the eRosita X-ray bubbles and the Fermi gamma ray bubbles, provided the energy injection time is about one percent of that, or one-tenth of a million years,” Zweibel says. “Injecting energy over 10 million years would produce bubbles with a completely different appearance. While both the black hole and stellar explosion models were in reasonably good agreement with the gamma ray data, it’s the discovery of the X-ray bubbles, and the opportunity to compare the X-ray and gamma ray bubbles, which provide the crucial, previously missing piece.”

The enormous structures are nearly 36,000 light-years tall, one-third the diameter of the Milky Way. The eRostia and Fermi bubbles were named for the telescopes that discovered them in 2020 and 2010, respectively.

Read more about the discovery at the University of Michigan’s website and from the study’s lead author. 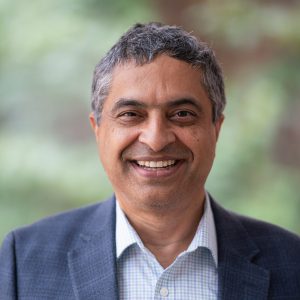 High energy physicist Sridhara Dasu was recently named a member of the International Committee for Future Accelerators (ICFA), a term he’ll serve for three years. ICFA was created to facilitate international collaboration in the construction and use of accelerators for high energy physics. The Committee has 16 members, selected primarily from the regions most deeply involved in high-energy physics. Dasu will be representing the United States on the committee. 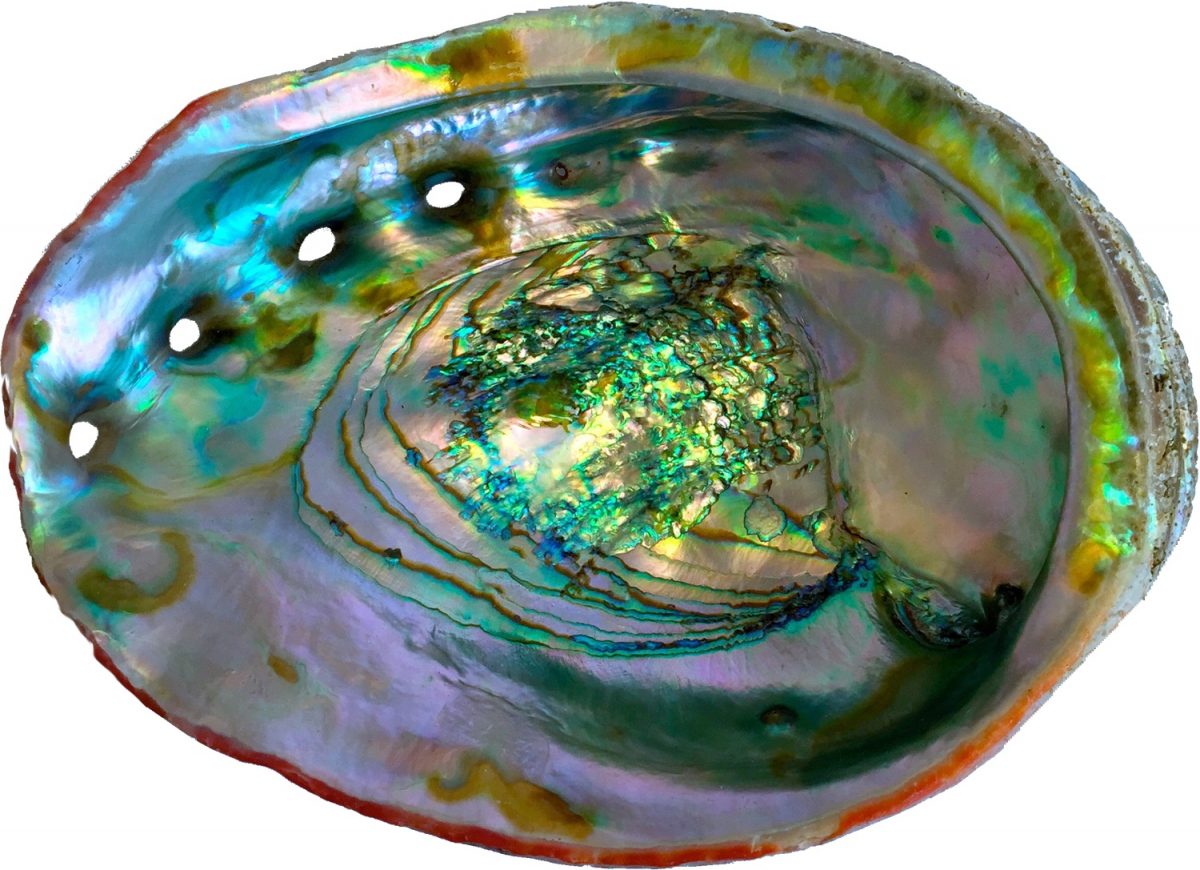 This post was written by Rachael Lee, a student science writer with University Communications.

A singer or a violinist’s performance produces sound waves that echo across a concert hall. A painter may mix different paint colors to create a new hue. Dancers use forces like gravity and inertia to produce stunning displays.

At first glance, the arts and physical sciences may look like very separate disciplines. However, many art forms are based on physics.

One hugely popular physics course at the University of Wisconsin–Madison shows how the arts and physics are, in fact, inextricably linked. Physics in the Arts (Physics 109) examines sound and light using examples from the arts. Physics in the Arts has been taught at UW–Madison since 1969, when it was started by physics professors Willy Haeberli and Ugo Camerini. Today’s instructors, professors Pupa Gilbert and A. Baha Balantekin, are continuing and extending the class’s mission to bridge the two disciplines to benefit both physicists and artists in understanding and appreciating each other’s fields.

Balantekin says that the interdisciplinary course shows the rest of the campus community that physics is not just a technical subject. By demonstrating physics in a medium familiar to artists, it helps provide a new perspective and appreciation for the sciences. “If you’re a musician, it’s much better to learn about the physics behind how your instrument works, or the physics behind how colors mix. It’s more interesting, and then it still helps them to learn,” he says.

The debut of a new detector has many “firsts”: the first assembly, the first shift, the first light, the first detection… But if there’s one thing that makes a debut official—sort of like a detector’s birth certificate—it’s the detailed description of how the detector was built and how it performs.

And this is achieved in a new paper by members of the Cherenkov Telescope Array Consortium, published in the Journal of Astronomical Telescopes, Instruments and Systems. The paper documents the design of the camera of the prototype Schwarzschild-Couder Telescope (pSCT), a medium-sized candidate telescope for the Cherenkov Telescope Array (CTA). The paper also includes performance metrics that show its potential as a very-high-energy gamma-ray detector and that have already been used to plan an upgrade, a project which is now well underway. Very high energy gamma rays are the highest energy photons in the universe and can unveil the physics of extreme objects, including black holes and possibly dark matter.

The pSCT uses novel dual-mirror optics, rather than more traditional single-mirror optics, and relies on high-speed electronics to cover CTA’s middle energy range from 80 GeV to 50TeV. This camera was developed by a team spanning multiple universities and co-led by UW–Madison physics professor Justin Vandenbroucke, who has been working on this project since 2009.