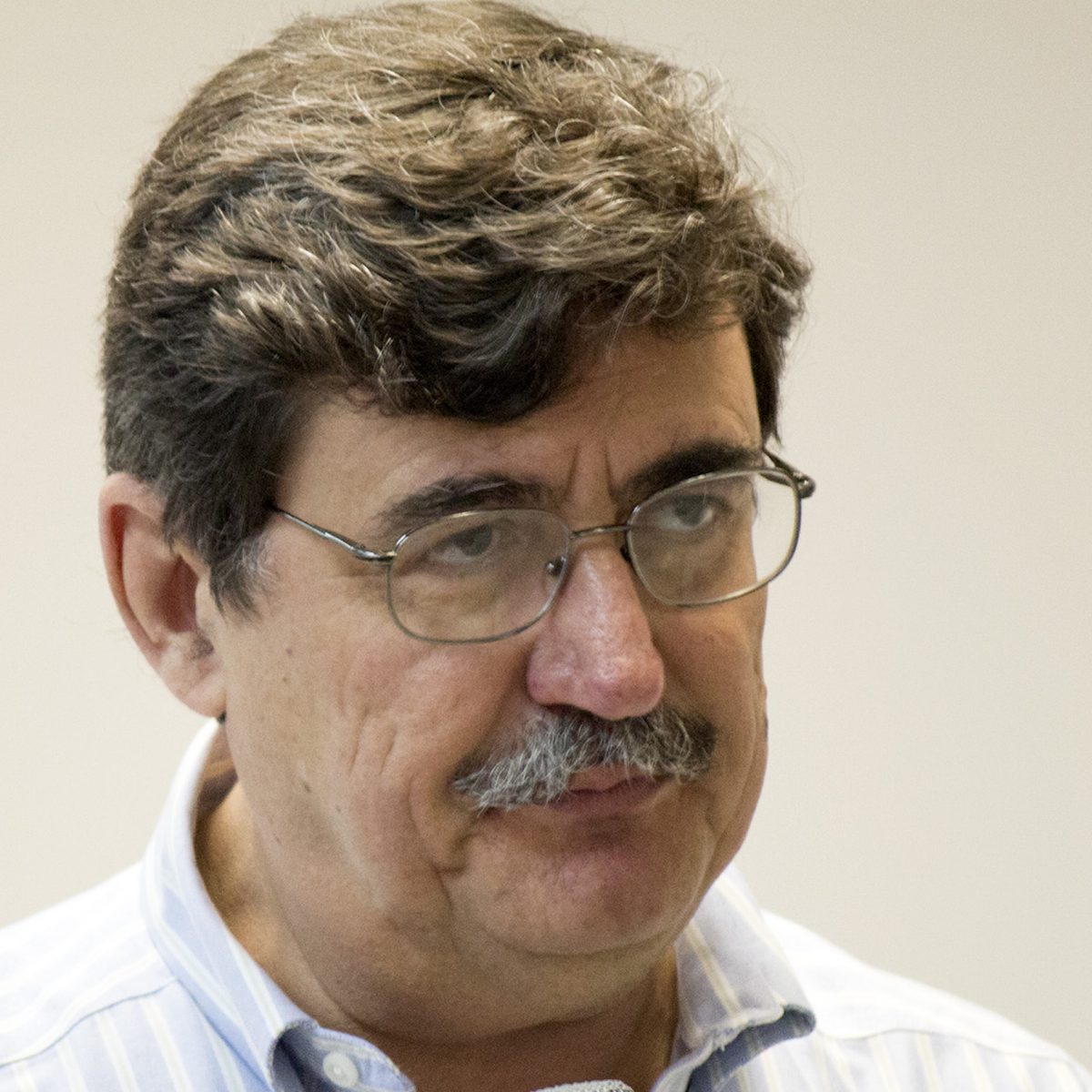 This story has been modified from one originally published by New York Institute of Technology.

A team of University of Wisconsin–Madison and New York Institute of Technology physicists has secured a grant from the National Science Foundation (NSF) in an attempt to solve one of science’s greatest mysteries: how the universe formed from stardust.

Many of the universe’s elements, including the calcium found in human bones and iron in skyscrapers, originated from ancient stars. However, scientists have long sought to understand the cosmic processes that formed other elements—those with undetermined origins. Now, UW–Madison professor of physics Baha Balantekin and co-principal investigator Eve Armstrong assistant professor of physics at New York Institute of Technology, will perform the first known research project that uses weather prediction techniques to explain these events. Their revolutionary work will be funded by a two-year $299,998 NSF EAGER grant, an award that supports early-stage exploratory projects on untested but potentially transformative ideas that could be considered “high risk/high payoff.”

While the Big Bang created the first and lightest elements (hydrogen and helium), the next and heavier elements (up to iron on the periodic table) formed later inside ancient, massive stars. When these stars exploded, their matter catapulted into space, seeding that space with elements. Eventually, stardust matter from these supernovae formed the sun and planets, and over billions of years, Earth’s matter coalesced into the first life forms. However, the origins of elements heavier than iron, such as gold and copper, remain unknown. While they may have formed during a supernova explosion, current computational techniques render it difficult to comprehensively study the physics of these events. In addition, supernovae are rare, occurring about once every 50 years, and the only existing data is from the last explosion in 1987.

Large information-rich data sets are obtained from increasingly sophisticated experiments and observations on complicated nonlinear systems. The techniques of Statistical Data Assimilation (SDA) have been developed to handle very nonlinear systems with sparsely sampled data. SDA techniques, akin to the path integral methods commonly used in physics, are used in fields ranging from weather prediction to neurobiology. Armstrong and Balantekin will apply the SDA methods to the vast amount of data accumulated so far in neutrino physics and astrophysics.

With simulated data, in preparation for the next supernova event, the team will use data assimilation to predict whether the supernova environment could have given rise to some heavy elements. If successful, these “forecasts” may allow scientists to determine which elements formed from supernova stardust.

This project will provide an opportunity to the Physics graduate students interested in neutrinos to master an interdisciplinary technique with many other applications.

“Physicists have sought for years to understand how, in seconds, giant stars exploded and created the substances that led to our existence. A technique from another scientific field, meteorology, may help to explain an important piece of this puzzle that traditional tools render difficult to access,” says Armstrong.

The NSF is an independent agency of the U.S. government that supports fundamental research and education in all the non-medical fields of science and engineering. Its medical counterpart is the National Institutes of Health. NSF funding accounts for approximately 27 percent of the total federal budget for basic research conducted at U.S. colleges and universities.

The content is solely the responsibility of the authors and does not necessarily represent the official views of the NSF.