The awardees were recognized during an awards ceremony today, April 27.

A testimony in support of the award for Physics in the Arts says:

“Physics in the Arts is the third edition of a textbook which makes physics intriguing and even fun. It is a great effort in connecting complex physics principles with procedures and activities of artists. As artists and artisans, we create and share the beautiful through light and sound. For those of us interested in the aesthetic side of life, this book shows how a physical understanding of light and sound can expand and deepen our appreciation of the world opened up by these media. Understanding the concepts and connections of the book make their professional lives more fulfilling and more efficient.” 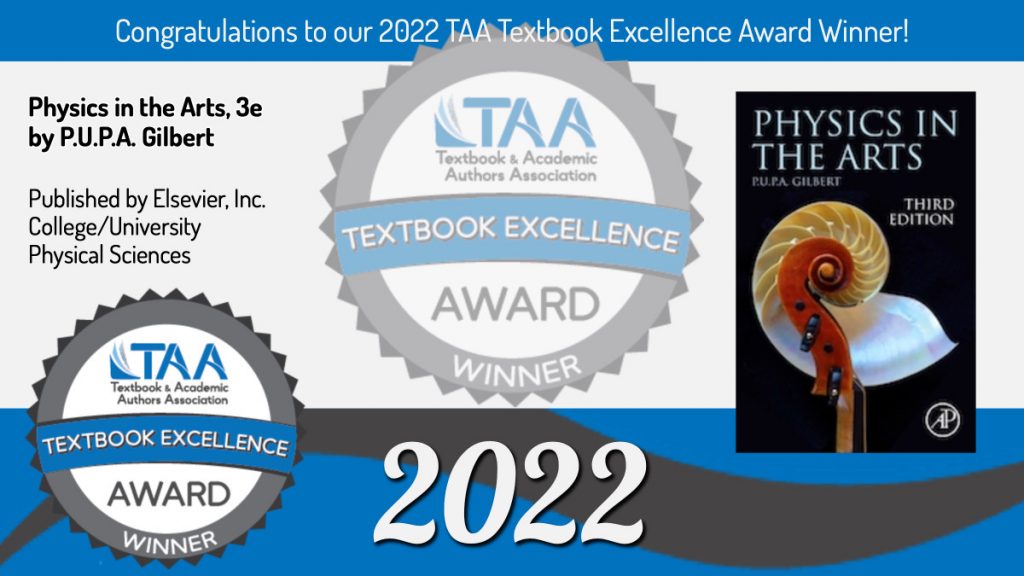