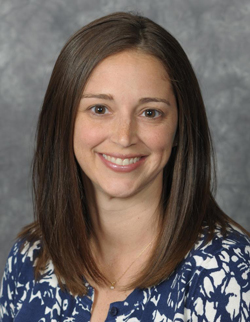 UW alum Angela Laird was named Woman Physicist of the Month for November, 2015 by the American Physical Society. Dr. Angela Laird is an Associate Professor of Physics at Florida International University and the director of FIU’s Neuroinformatics and Brain Connectivity Laboratory. She was recently identified on the Thompson Reuters’ list of “The World’s Most Influential Scientific Minds of 2014,” and she ranks among the top 1 percent most cited for the field of neuroscience and behavior between 2002 and 2012.  Laird received her Ph.D. in Physics/Medical Physics from the UW in 2002.

Other UW Physics people who have been recognized include