The planet (177770) ‘Saulanwu’ (=2005 JE163) was discovered on May 8, 2005 at Mt Lemmon observatory in southern Arizona by a NASA funded project, the Catalina Sky Survey. More details about the planet can be found from NASA’s JPL website, including a sketch of the planet’s orbit, which is in the asteroid belt between Mars and Jupiter. Minor planet ‘Saulanwu’ is about two kilometers in diameter, and it takes four years to orbit the sun once. This planet is relatively stable, dynamically, and is expected to remain in our cosmos for millions of years to come.

Wu was nominated for this honor by astronomer Gregory J. Leonard from the University of Arizona’s Department of Planetary Sciences. 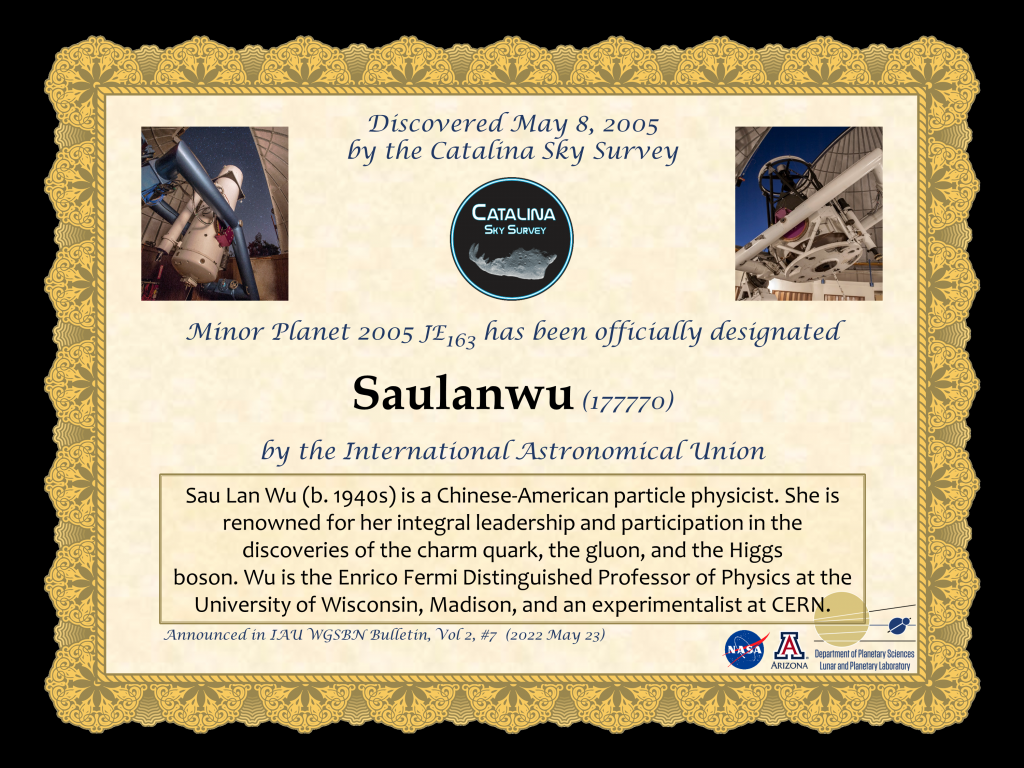